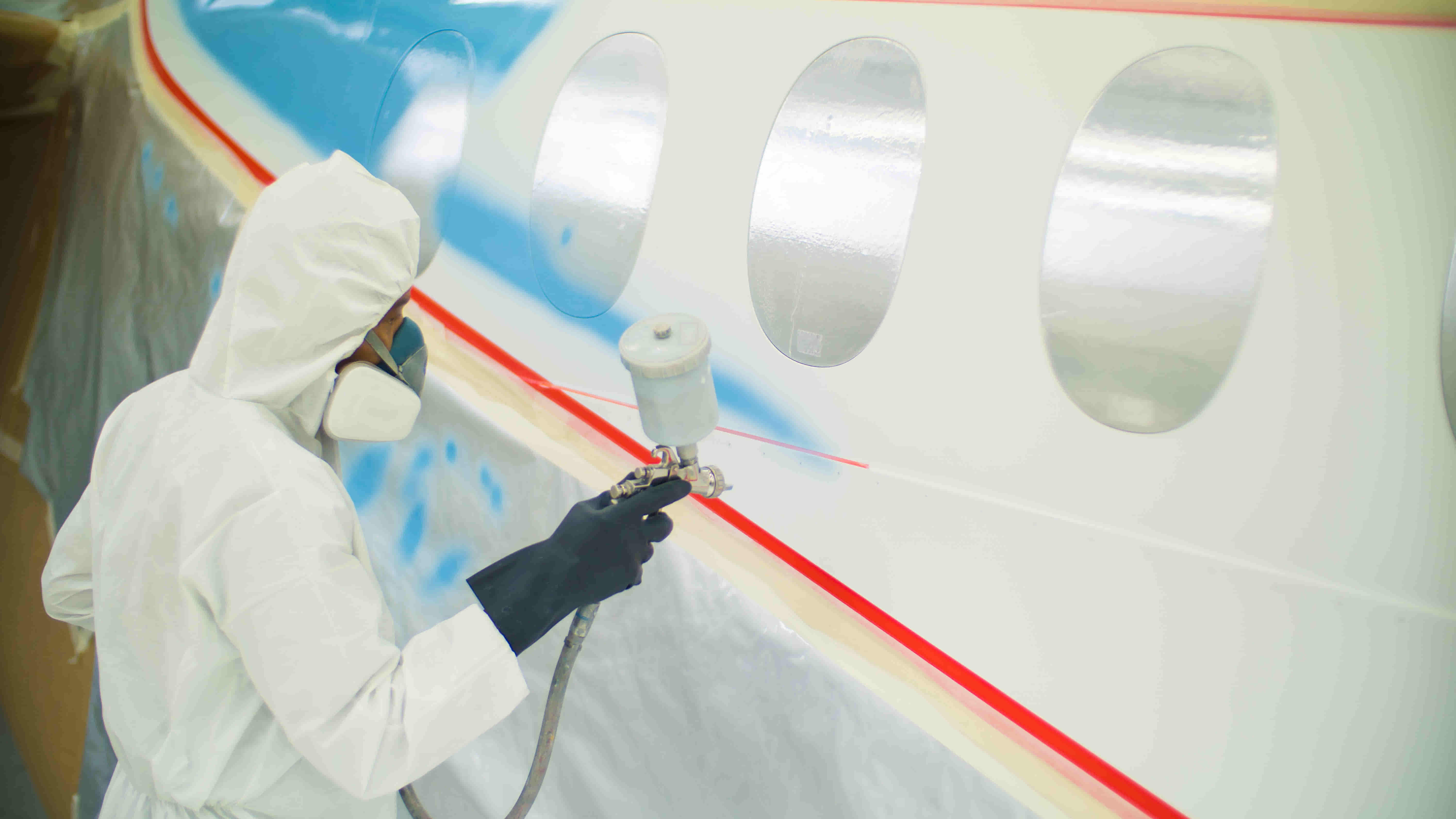 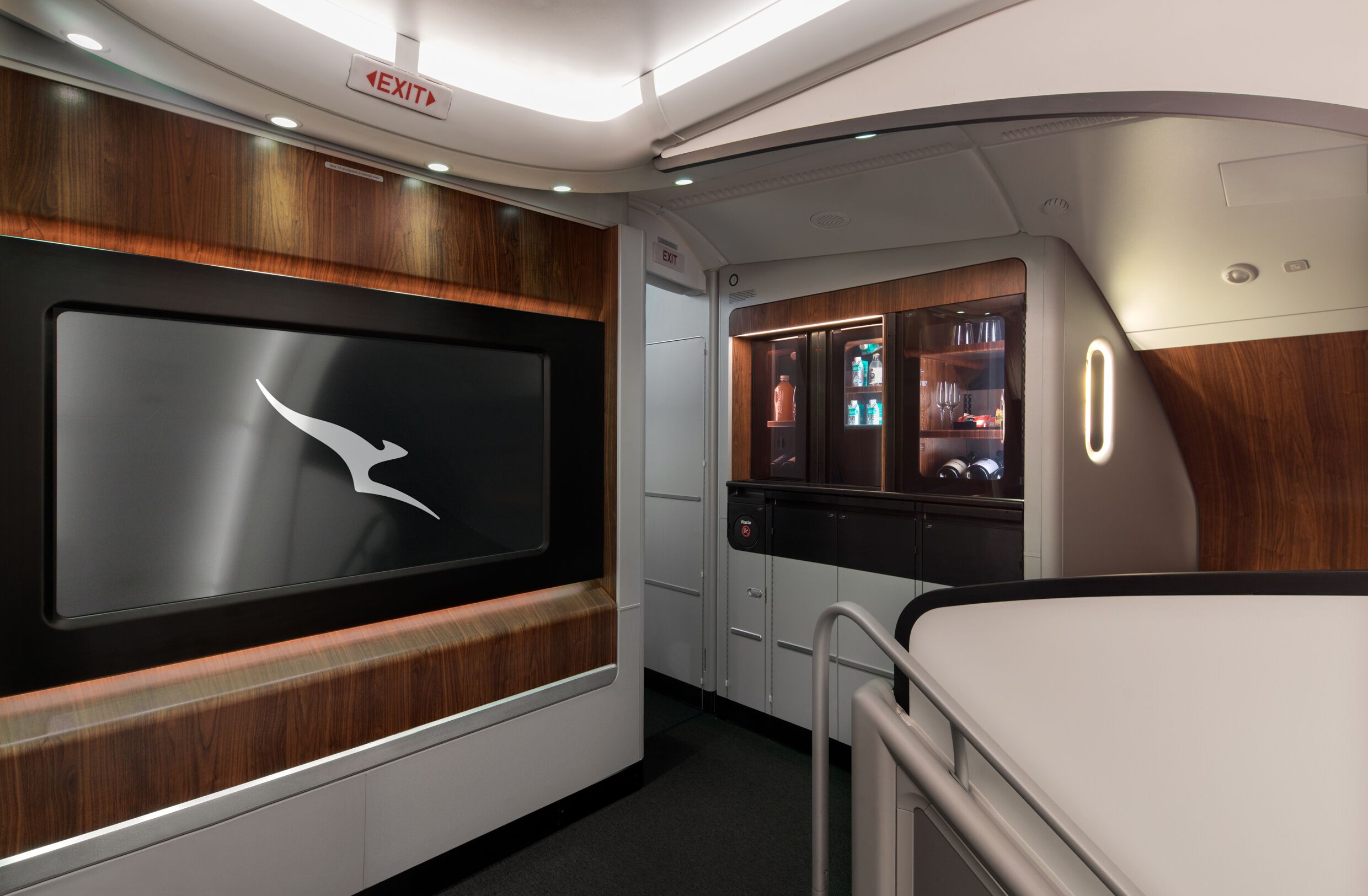 First of Qantas‘ upgraded A380 took off!

Qantas A380 onboard Lounge

Qantas’ first upgraded A380 with the new cabin welcomed its first passengers today.

We are very proud to have been involved in the manufacturing of the galleys for the new A380’s Qantas Business Suite.

We would like to thank AIS (Airbus Interiors Services) for trusting us to help them on this wonderful project.

Qantas expects to complete the refurbishment of the remaining 11 aircraft by the end of 2020. 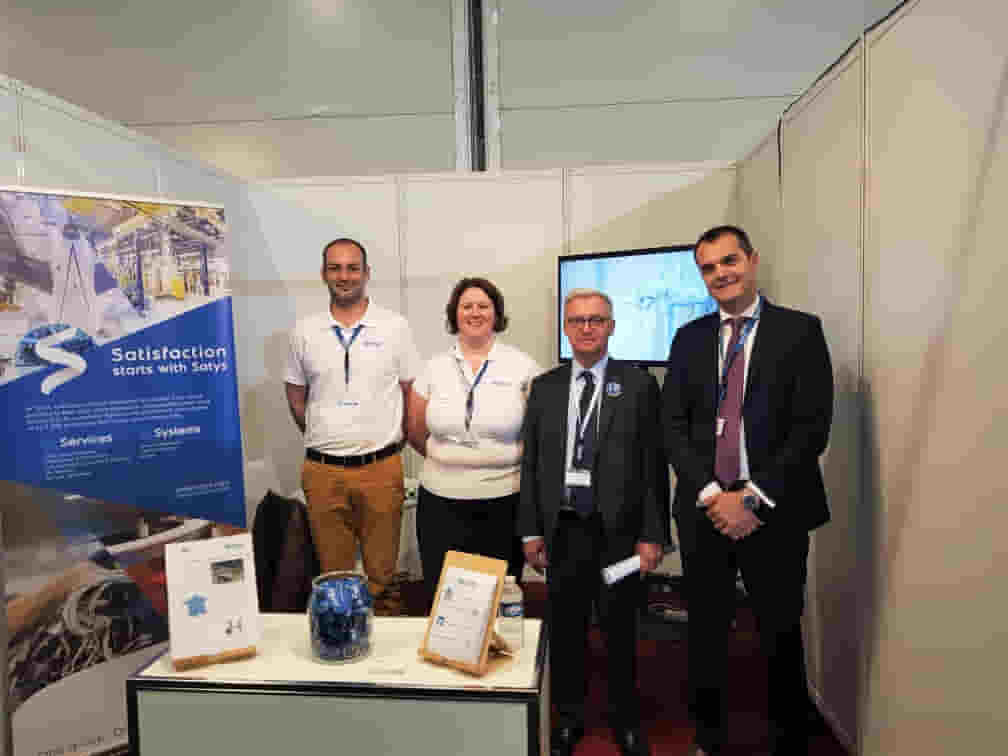 Last June, the 53rd International Paris Air Show was held in Paris Le Bourget. The Show takes place every two years and brings together nearly 2,400 exhibitors and 350,000 visitors. It is an opportunity for Satys to meet its customers, its suppliers, but also to recruit!

At our stand at The Careers Plane, a hall dedicated to employment and training, the Human Resources team presented the Satys business activities. They were even on the French News on channel France2 which focused on employment at the Paris Air Show. There was a paint simulator which allowed the public to discover the profession of aircraft painter as well as information on the training provided in Toulouse (France) by the Satys Academy. Thanks to the "Feminizing the professions in aerospace" operation, many female students had access to the Paris Air Show to encourage them to find their calling in the aerospace sector. They took advantage of the painting simulator to put themselves in the shoes of an aircraft painter and were encouraged by a very enthusiastic team at the idea of welcoming potential recruits. 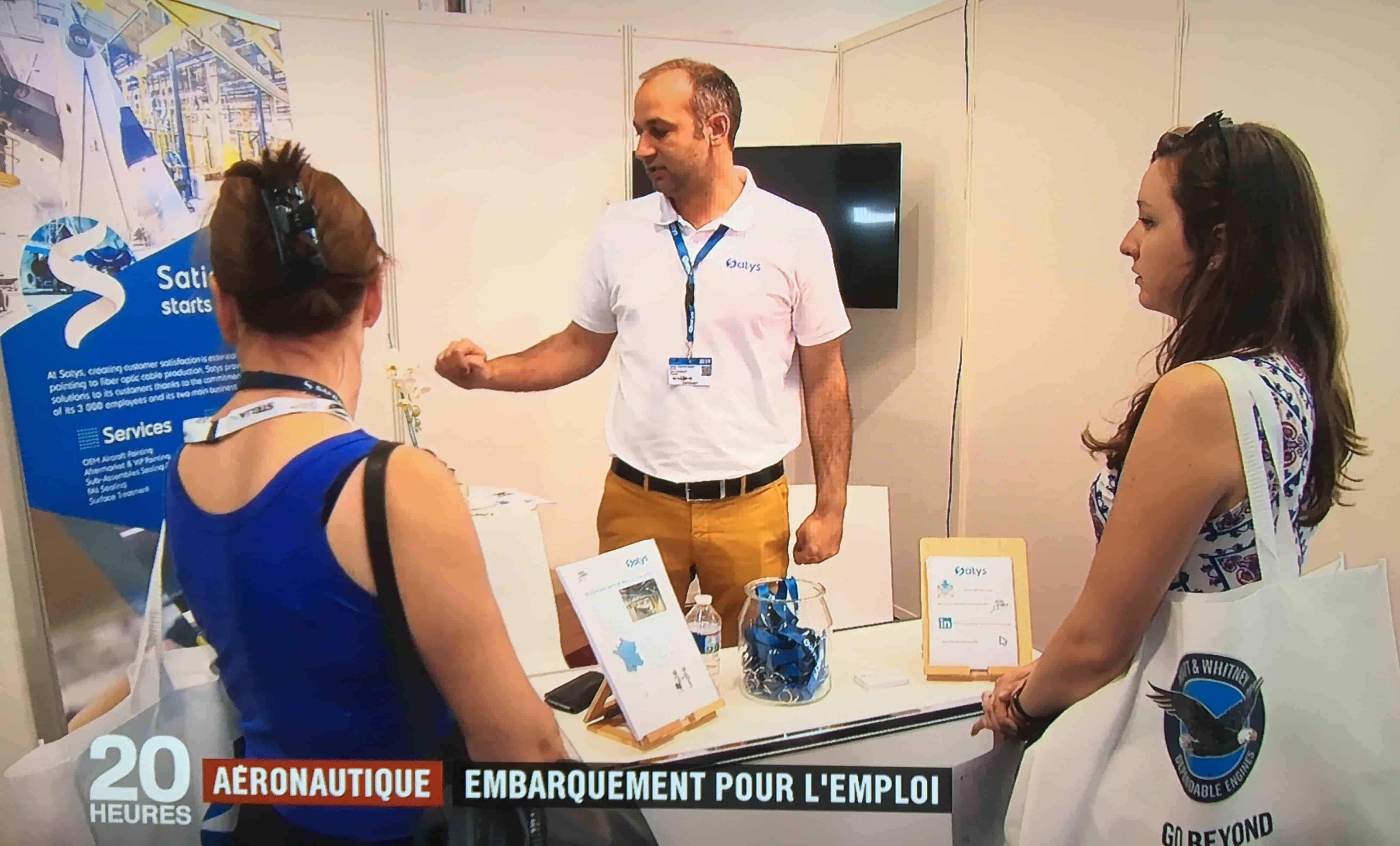 Our HR Development Manager, Marie-Antoinette Ay, received the President of the Occitania Region, Mrs Carole Delga, on our stand at The Careers Plane to present our activity. During their meeting, a training project led by the Human Resources team was also discussed. Satys is indeed participating in the development of a complementary mention to the aerospace professional baccalaureate in collaboration with the Airbus painting department, Sabena Technics and the Airbus High School. Supported by the UIMM and the GIFAS at the Ministry of National Education, this additional mention would make up for the lack of a diploma for the aircraft painter profession. Indeed, today, companies must train their painters themselves on the CQPM (Certificate of Joint Qualification in Metallurgy) and are unable to take on apprentices. With this new training, we hope to be able to promote the aircraft painter profession in secondary schools and thus have people already trained on the job market. Last March, our Human Resources team received confirmation that the additional mention to the professional aviation baccalaureate and the professional car bodywork baccalaureate would be created. It should be implemented as of the start of the school year in September 2020. Some high schools, such as the Airbus High School and the Gallieni High School in Toulouse, have already announced that they wish to add the additional mention of aircraft painter to their program. This new form of training is not intended to replace those already in existence but to provide a new way to become an aircraft painter. 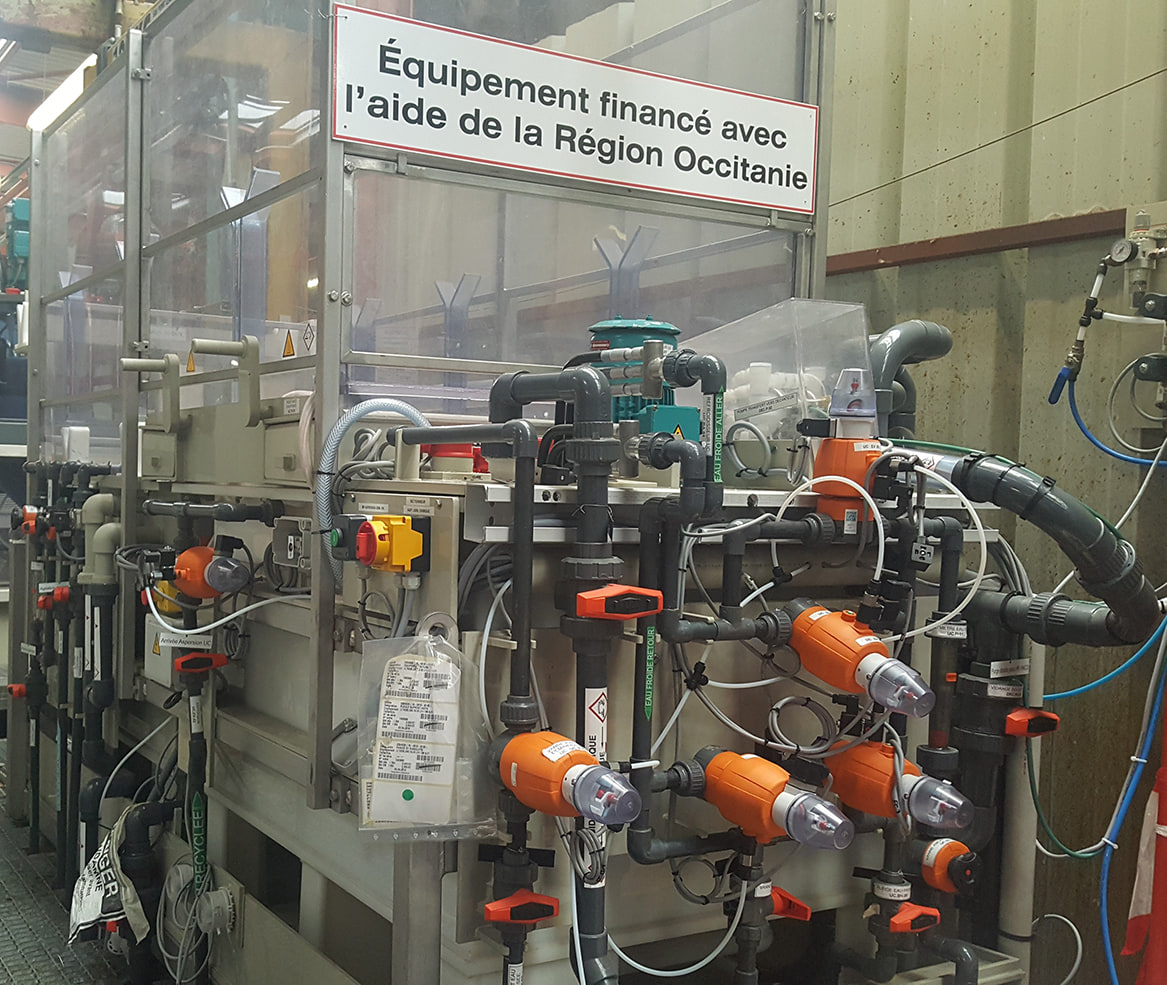 RUTILE project at the heart of the circular economy

Within the framework of a project called “Easynov” financed by the Occitanie Region and Europe via an ERDF fund, the Rutile project, named for titanium ore, is the Satys Surface Treatment project to regenerate titanium chemical milling baths for the industry and environment through partnerships with INSA, LMDC (educational partner) and LR Vision.

How the project started?

Satys Surface Treatment ( ex PRODEM) has been using chemical milling for almost 30 years to decontaminate, strip and lighten titanium aeronautic parts. This process produces huge quantities of final waste which is called “spent baths”. This waste is not recycled and has a significant impact on the factory’s operating costs.

The Satys R&D team has been looking for the last several years for a way to regenerate “spent baths” in order to reduce costs and help the environment.

Three years ago a process was invented based on a physico-chemical method used to precipitate the titanium.

A patent has been pending for this process since 2017 and an international patent was filed in 2018.

Following this finding, a project was put together with educational partners both private and from the Occitanie region in order to further develop this process on an industrial scale.

Satys Surface Treatment will present the project at the 46th A3TS congress in Lille on July 3 and 4, 2019.

Trenitalia presented to the press last week its new regional Pop train in Bologna station (Italy). This train was built by Alstom under the name Coradia stream.

Satys Interiors Railway contributed to this success by developing a new floor heating concept that improves the wellbeing of passengers.

In November 2018, Satys SP USA completed painting its 100th Boeing airplane. This milestone occurred 24 months following the award of the Boeing contract for paint services at PDX (Portland), fulfilling fulfilling the dream of many colleagues of Satys to take OEM painting and sealing services to America.  Following a rapid mobilization and start-up, Satys SP USA (then STTS USA) completed its first airplane an EVA B777 in March, 2017. Since that time the Satys SP USA team with Group production and management support has painted 4 different Boeing aircraft, B737, B747, B777, and B787. There have been over 45 different liveries, in both passenger and freighter models.  In July, 2018 the team began a process that allows side by side painting of B737 in one hangar with a wide-body aircraft in the other hangar.

While there have been challenges along the way, the commitment to safety, on-quality and on-time delivery has never waned. The Satys SP USA team continues to grow its skill level, granting nearly 100 promotions as individuals progress through the Satys training program. In addition, we have achieved several consecutive “clean” Boeing site audits and Satys Managers frequently participate in trainings and meeting in order to share best practices with other Satys sites and colleagues around the world.

To mark the 100th airplane milestone, the Satys SP USA Team gathered in front of the aircraft for a photo with our visiting CEO, Christophe Cador and then enjoyed 100 cupcakes & 100 glasses of sparkling cider. Bravo! 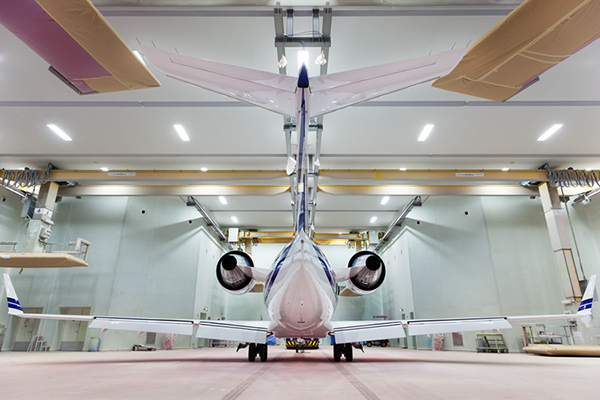 On October 1st Satys acquired the company Air Livery one of Europe’s leaders in the aircraft repainting business for more than 25 years.

The Air Livery headquarters are located at the Norwich Airport and it operates eight hangars on five sites in the United Kingdom (Norwich, Manchester, East Midlands, Cambridge and Southend) as well as one in Bratislava, Slovakia. The company paints over 200, long and short-hauI aircraft as well as corporate jets per year. It forecasts a turnover of £17m for 2018/19 and has 170 employees.

Operations will be supplemented with a long-range hangar in Europe in 2019. 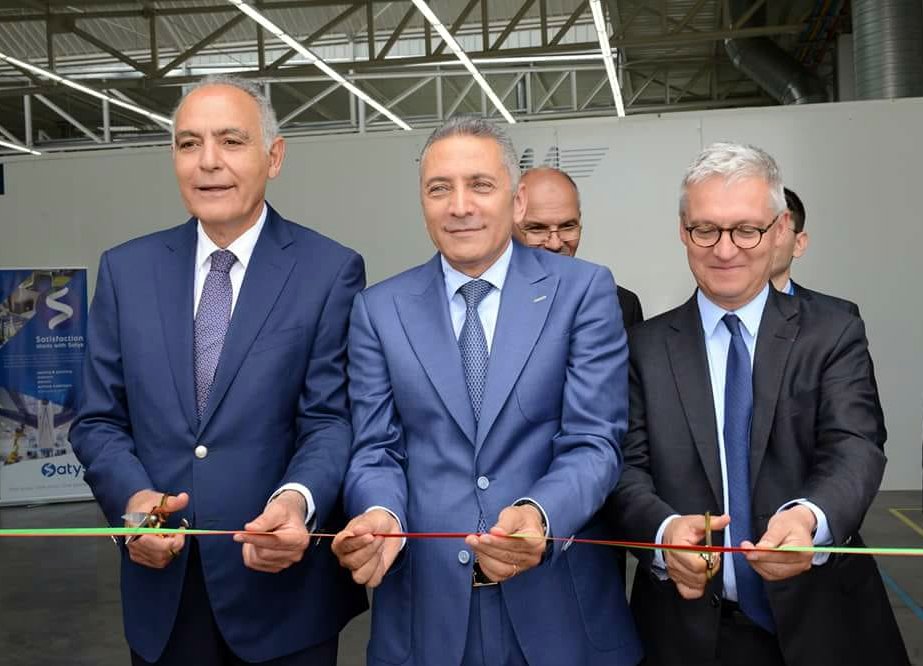 Under the honorary chairmanship of the Minister of Industry, Investment, Trade and Digital Economy Moulay Hafid Elalamy, Satys inaugurated, on Wednesday, July 4th, its new plant in Casablanca.

It is dedicated to sealing and sub-assembly painting. The new facilities has required an investment of about 2 million Euros and will create 50 job opportunities in the future. 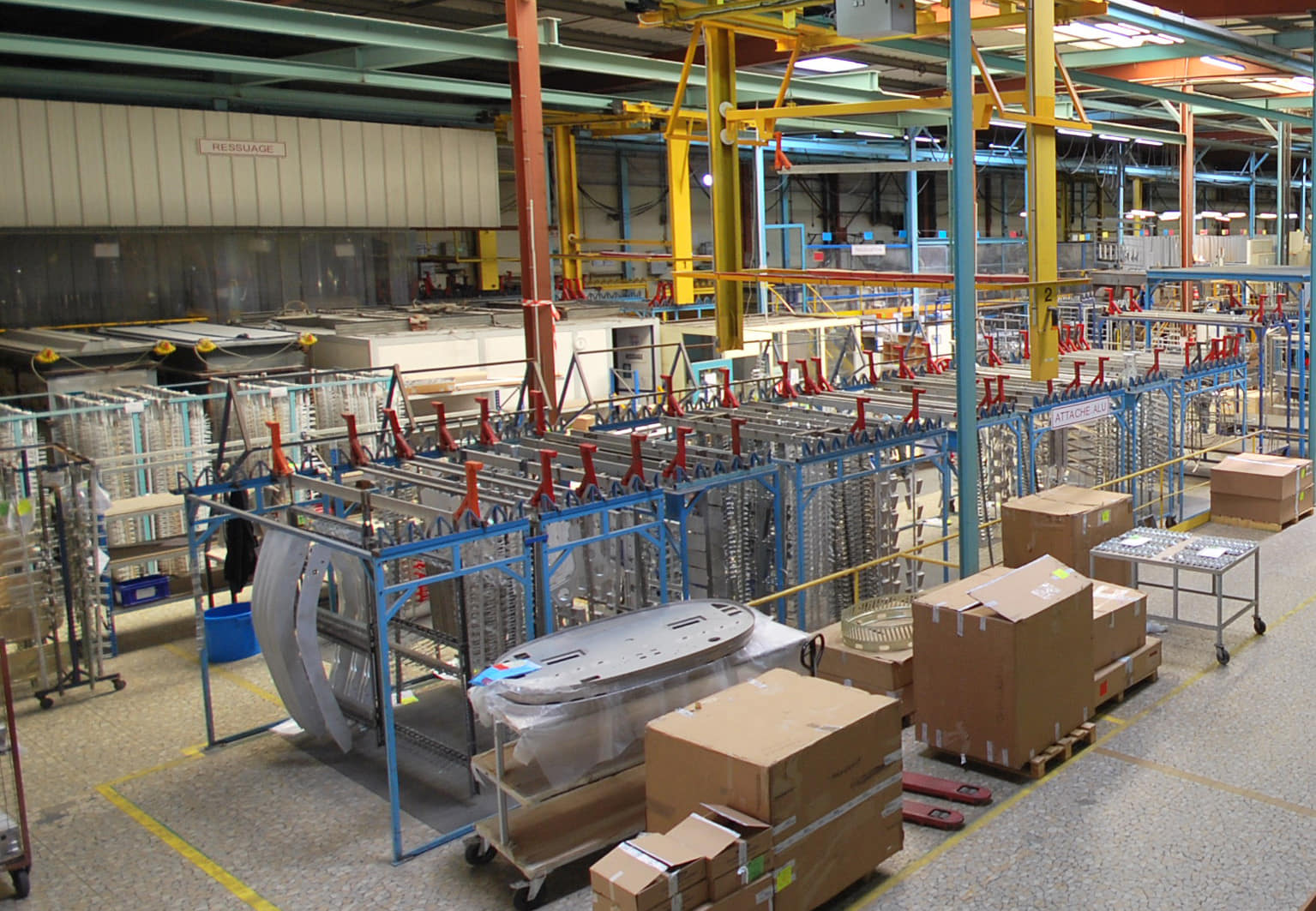 Furthermore, Satys is committed to meeting the ever-increasing environmental challenges and especially the REACH regulation which will require significant investment on its part. 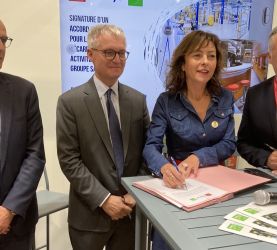 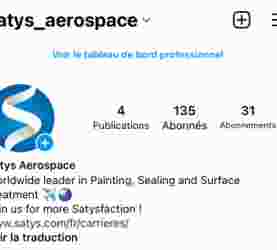 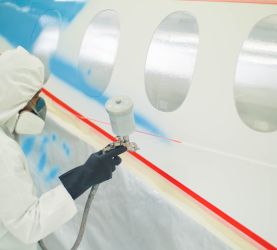 01 February 2022
Corporate
Satys announces the Group’s reorganization and a capital...